Welcome to the Official Website of the World Famous Mascot Guru, Jerome Bartlett!

In need of a high-energy emcee or a speaker that will entertain and engage your audience? Jerome Bartlett will bring the excitement to your event!

To become the best, you must learn from the best! The Mascot Training Seminar will be catered to your specific needs and goals that you want to accomplish.

Don't let the Dry Cleaners ruin your costume! Let the experienced professionals clean and maintain your costume to ensure the cleanliness and longevity of your mascot costume investment!

Would you like your mascot character to stand out in the crowd but you don't have someone to wear the mascot costume for a major event to make it happen? Look no further. The Mascot Guru can help!

Mascot Characters and Programs can't be built overnight, but with the Mascot Guru's best practices and systems, you can put them in place at the beginning and it will save you time, headaches, and money!

Higher Impact Entertainment's goal is to serve as many schools as we can as many times as we can! See why our Educational Assembly Programs are being regarded as some of the best in the nation!

Jerome has always loved bringing a smile to others! He began his entertainment career as a youngster – performing in various church programs and in skits at church camp. While in middle school, he enrolled in theatre classes, performing in plays and developing comedic dance routines and skits for the school’s pep rallies. He was involved in drama and acting throughout his high school years and was the school’s mascot during his senior year. Being the first male in school history to don the uniform, he had the privilege of developing a new character and persona “Eugene the Unicorn”. During his senior year “Eugene the Unicorn” was responsible for returning the school spirit and pride back to the community of New Braunfels, TX. Through his entertaining antics and famous stunt of climbing on the press box of the cross-town rival – the Canyon Cougars – “Eugene the Unicorn” will forever be remembered as a New Braunfels Icon. 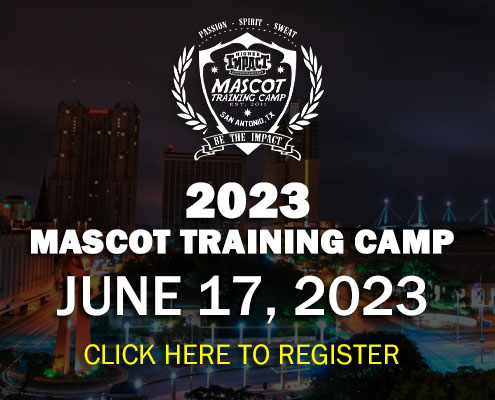 Jerome Bartlett would love to hear from you! Get in touch with the Mascot Guru today!